The Teddy Bear Band “A Tribute to Teddy Pendergrass” 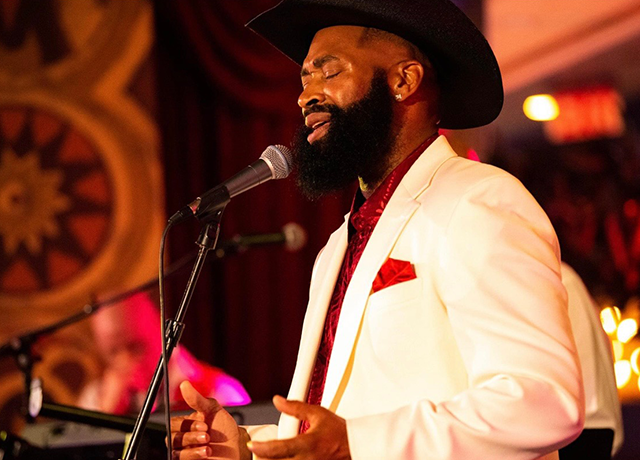 Teddy Pendergrass… one of the most iconic singers of all-time. Multiple Platinum and Gold albums to his credit in the late 1970s and early 1980s he consistently sold out arenas worldwide and his career looked like the sky was the limit. Then shockingly in 1982 an automobile accident left the super-star paralyzed at the height of his fame.

Kept to a wheelchair, many felt his career was over, but Teddy would make an incredible TV re-appearance in his home city of Philadelphia at the biggest concert of all-time…LIVE AID and relaunched his recording career. However, he would not tour again until 2002. He decided to make it a 20th Anniversary of his accident to make it… his comeback tour.

He wanted to see his fans again and show the world that nothing could hold back the love and gift of music he had to give. For this tour, he scaled down his former Teddy Bear Orchestra and formed a tight new group of young and talented Philadelphian musicians to back him up….

The Jolly Brothers – Bill and Brett on keys and bass.
Rob Landham on sax
Johnnie Croom on percussion
Leading the band was the lone holdover from the Teddy Bear Orchestra…
His long-time famed guitarist, Wawa LeGrand.

The tour was a success. Crowds sold out everywhere… all over again. And this new band of Philly Phenom’s proved to be super talents up to the task. Now…in 2022.. these original band members …whom have all gone on to professional recording musicial careers of their own…We are re-forming to honor Teddy’s comeback tour… again for a 20th Anniversary of this legendary tour.

Wawa LeGrand has found a new singer, in Don Connor, who embodies Teddy’s vibe and voice and many surprise guest star singers will also be appearing with this original comeback tour Teddy Bear Band members to show their love of the one, the only, the greatest.. TEDDY PENDERGRASS!