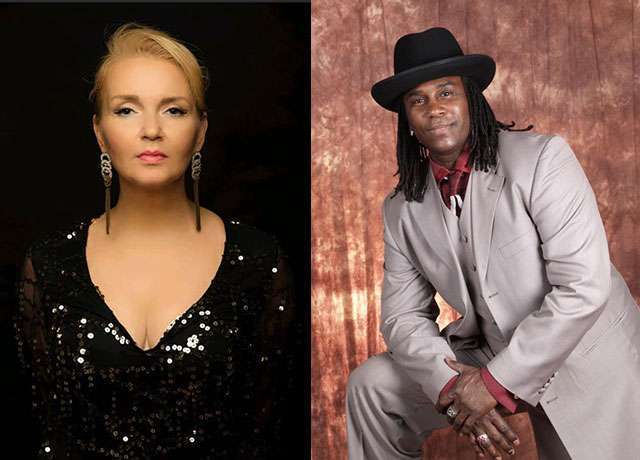 Masha T was born and raised in Ukraine, Masha T., and moved to Philadelphia in 2009. With her vocal talent and sweet personality, she continues to captivate everyone’s heart, soul and ears. Music has been Masha T’s life since she was a very young girl up to her teen age years while attending every prominent music school in the Ukraine. As a young woman she toured with the popular Ukrainian Orchestra and later taught music in Spain where she began performing concerts using only the Spanish language. During this time Masha T. also taught music at the Corcheas Academy in Murica.

Since arriving in the United States Masha T. has performed with music greats Al B. Sure, Kindred Family Soul, Christopher Williams, Doug E. Fresh, The Stone City Band, Poor Righteous Teachers and others while performing on stage at the Apollo, The Kimmel Center, Warmdaddy’s in Philadelphia, The Queen and Baby Grand in Wilmington as well as other venues around the world. The legendary vocalist Teena Marie is one of Masha T.’s favorite performers, and she feels so honored to portray Teena with every performance. Masha T. is currently writing with platinum producer Sean L. Bryant and Murder Inc’s Demi Doc., and is excited about her new released single, “I Just Wanna Know”.

Gerrand X…  Gerrand was born in Philadelphia and went on to study at Johnson & Wales University. Gerrand fell in love with music and performing while in elementary school where he won many talent showcases with his voice, acrobatics, and stage presence. Even then Gerrand was able to emulate any singer on note for note and step per step. Some of Gerrand’s musical influences were Teddy Pendergrass, Luther Vandross, Donny Hathaway, Eddie LaVert and you better know it, James Brown and Rick James. Gerrand has performed around the world including Thailand and Indonesia, leaving audiences captivated with his ability to sing and perform at maximum level on each and every performance. Gerrand is the consummate entertainer who is also a gifted drummer, bassist, and songwriter. Gerrand’s other love is acting and he even landed a starring role in the 1987 classic film, “The Nigerian”. Gerrand was also featured in three top rated movies in Thailand before coming back to America in 2003. As he continues to perform in venues coast to coast, Gerrand is also writing an audiobook and is working on releasing his own music material in the very near future. Gerrand considers it an extreme honor to portray his idols James Brown and Rick James. When asked which legend does have more fun portraying, James Brown or Rick James, Gerrand’s answer is, it doesn’t matter to him for he just totally enjoys seeing the smiles on the audience’s faces as he keeps their spirit and music alive!