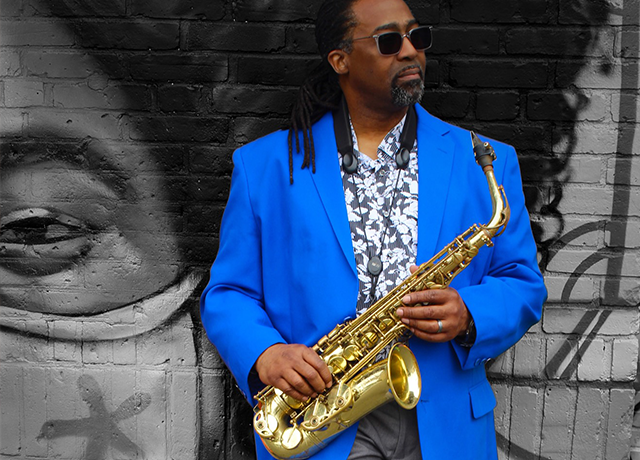 Born and raised in Trenton, NJ, Roy Richardson Jr. is a multi-instrumentalist and vocalist with a musical reputation that spans the globe. He is an extremely versatile and energetic performer that has worked with and recorded with the likes of artists such as Leon Huff, Johnny Gill, Rueben Studdard, BeBe Winans, The Stylistics, Norman Connors, Najee, Adam Blackstone, Sarah Dash, Instant Funk, Me’Lisa Morgan, “Change” and the list goes on and on. He is a sought after studio musician, writer and more recently producer.

He toured internationally with the Harlem Gospel Singers featuring Queen Esther Marrow as a saxophonist, flautist vocalist and percussionist. He toured with the Broadway production of “The Civil War” as a member of the Chorus and an understudy for the lead character played by BeBe Winans. He was also in the orchestra for The Civil War as a flautist and percussionist. He has performed at the Vatican for Pope John Paul, II and at the Montreal Jazz Festival.

In 2009 he released his solo project “Civil Conversation”. He also collaborated with Kevin Harrington and The KHX Experiment co-wrote and recorded “Funky Saxy Cool” in 2020. In 2021 he released “Digi-Funk” (a collaborative effort with Raymond Earl and Jasper Bradley). He is currently working on some new music to be released in 2022. He was also the Chairman of the Board, Owner and Operator of the Non-Profit Thomas Grice Academy of Music where he taught instrumental music to children and adults in the Trenton area.