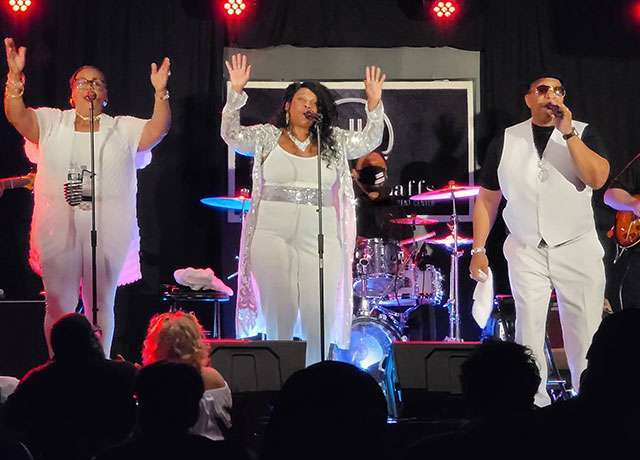 The band / group consists of 5 musicians, and 4 vocalists.  The music genre is rhythm and blues.  The musical rhythms played by the band are Top 40 hits dating back to Motown, Disco, and a plethora of R&B artists.  Such as Smokey Robinson & The Miracles, Earth, Wind & Fire, Chaka Khan, GQ, Teena Marie, Atlantic Starr, SOS Band, Next, Stephanie Mills, and others.

On our musical journey we have performed at indoor and outdoor community events. Also performed in shows with recording artists such as Recording Artists, “Breakwater”,  Jimmy Williams of the “Traamps”, “The Harold Melvin’s Blue Notes”, “The EU Band and Sugar Bear”, “The Will Power Band”, and “Touch’e of Clazz” and other local bands and groups.