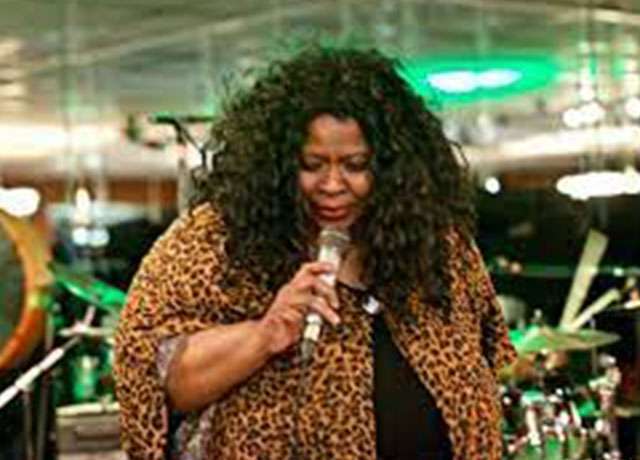 Pamela Renee Smith was born and raised in West Philadelphia on May 6, 1960. Gospel music had been her first passion, followed by her talent for singing the Blues. Singing with the Triumph Baptist Church Choir under the
direction of Rudie Yule and Darlene Davis of the Davis Family, and being a former member of the Martin Luther
King Choir, the State Baptist Convention Choir, the All-City Choir, The Dr. Charles Walker Project at the Academy of
Music, and performing at the Miriam Theatre, Pamela’s passion for music was further ignited. Pamela’s professional beginnings as a champion for live music can be traced to her job as a material coordinator at Hahnemann hospital from 1976-2013. Pamela brought music and Black History Month celebration to that corporate world in the late 1990’s. This was accomplished by having lunch time music, and Black History Month yearly celebrations for the workers and students. Pamela is an independent freelance Blues and R&B singer who believe in giving honor to those who have paved the way for others. Pamela does this by facilitating Black History Month awards, Dr. Martin Luther King awards, Women’s History Month awards, as well a Music Month and Unsung Musicians awards.
Pamela has received many awards and honors for her philanthropic work with musicians and the community. She also has a podcast called The Pamela Renee Smith Daily Show on Spotify. Her skill as a former DJ inspired her to create the Sound of Philadelphia Legends page on Facebook. As a result, Pamela has given awards to many top entertainers such as Dexter Wansel, The Legendary Bluenotes, Stylistics Review, Norman Connors, The Ebony’s, The Sweethearts of Sigma Sound, The Blend, Double Exposure, playwrights Rick Watson and Angela Burton and many others including Shirley Lites, Ali Hackett, Paula Moore, Douglas Payne and Queen Carrie Brown.
Although disabilities have interrupted some of her own ability to travel, Pamela has worn many hats over the years, while serving her community. That included counseling persons with drug addictions. However, she is still a fierce activist, and a strong advocate for universal healthcare. Pamela has been the hostess of the successful Grand Slam Jam Wednesday night open mic at the Crab Tavern for over 5 years. Now in 2021, Pamela is the promoter, producer and facilitator of Pamela Renee Smith Keeping Live Entertainment Live, which features the Gospel, Jazz, Blues, and R&B singing styles that Pamela Renee has been delighting audiences with since the 70’s.