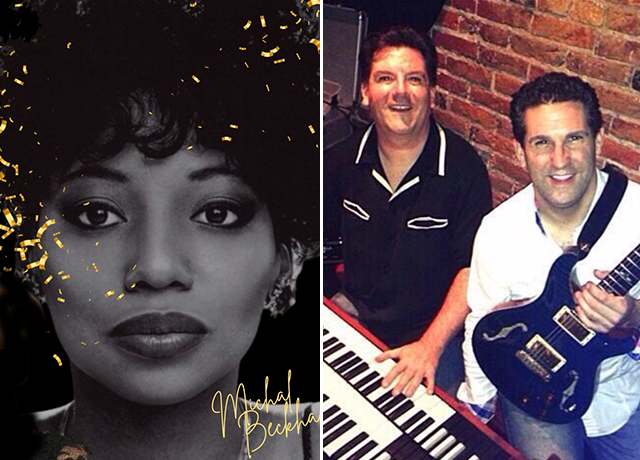 The Budesa Brothers, Richard (keyboard/jazz organ/vocalist) and Robert (guitar/vocalist), are synonymous with the famous Philadelphia Jazz/Soul sound.  Highly reprised & respected…these musicians dominate the Music Scene across the City of ‘Brotherly Love’.  The Brothers specialize in delivering their unique passion for music through a deeply felt sense of soul & that authentic ‘sound of Philadelphia. They have been featured on NPR’s American Routes and Jazz Night in America. The Budesa Brothers have performed and/or recorded with such local greats as Bootsie Barnes, Papa John DeFrancesco, Duane Eubanks, Christian McBride, Lenny White,  Jimmy Heath, Billy Paul, George Duke, Grover Washington, Jr.

A featured vocalist with The Budesa Brothers is Philadelphian Michal Beckham. She is one of the most exciting vocal artists in the jazz arena today.  Michal is a graduate of Berklee College of Music in Boston, MA.

Touring France, Germany, Italy, Spain, Belgium, and Switzerland with jazz legend Clark Terry’s Big Bad Band; the late Grover Washington Jr., and later…Pieces of a Dream.  Michal was the featured soloist with Chuck Mangione at Philly’s Academy of Music, where she received headline coverage by the Philadelphia Press.  Michal is a musician’s vocalist and consistently delivers a wide range of jazz, standards, and blues repertoire.