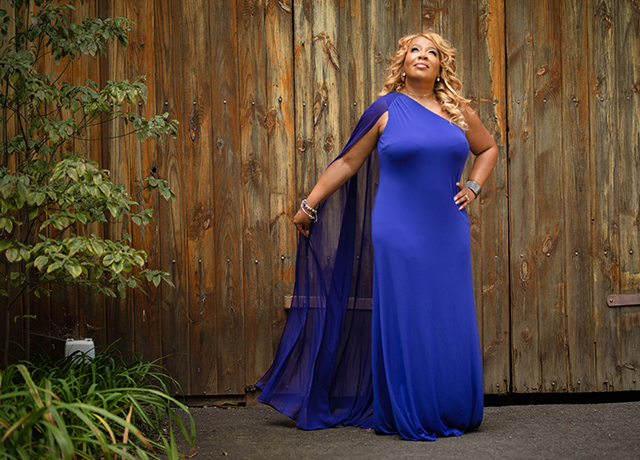 SOME THINGS ABOUT MARY…

Mary…dubbed the Mother of Cool Smoke for her rich vocal tonalities that are reminiscent of the late Phyllis Linda Hyman.  Her sultry interpretation of lyrics is smooth in both presentation and delivery. She has an instantly identifiable honey-toned mezzo-contralto sound, great range, coupled with an undeniably brilliant and magnetic stage presence.   Mary’s alluring vocals, candor, honesty, humor and purity as an artist, make her a rarity in this business.

Frontrunner wrote: “Mary is the kind of singer who takes hold of a song and enraptures her audience in the palm of her hands, as she delivers lyrics, phrases, melodies and harmonies in a way that only she can”.

Mary founded 2NspireU,  September, 2016.  2NspireU is the mission statement and name of this NJ-based project –  known for their signature performance of multi-genres of music including Retro, Jazz, Classic Soul, R&B, Soft Rock, Gospel and more.

Mary has shared the stage with celebrated jazz bassist Gerald Veasley, Danny Clay (Luther Vandross), Eban Brown (The Stylistics), William Wardlaw (Luther Relives) and will be in concert in the DMV with renowned jazz pianist Marcus Johnson in October, 2022.

The recipient of many awards including the 2021 Creative Media Black History award honoring her work with nonprofits (universities, healthcare and mental health facilities as well as youth and senior centers.

She was also a 2021 Soultracks nominee for Female Vocalist of the Year for her recent release titled “PROMISE”….” Which featured Saxophonist Carl Cox (Maysa).

Promise received the accolade as a Soultracks 2021 Top 100 Soul single.

Mary is currently collaborating with Grammy Nominated producer Donald Robinson (Vanessa Williams) and Tim Hutson (Maysa) for an upcoming project for her debut album slated for release in Fall, 2022.

Mary is a regular resident performer at Wilson’s Live Music and continues to yield to SOLD OUT performances.