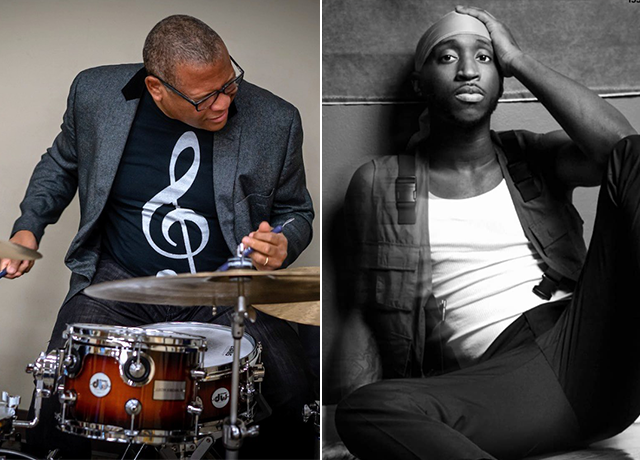 Leon Jordan Sr. has more than 35 years of experience as a full time professional musician and
percussionist touring and recording with various well known jazz and R&B artists. Leon Sr. can
be heard on more than one hundred and twenty five published recordings to date as a sideman
performing jazz, pop, gospel, Latin and even country and folk music. From about the mid
1980’s through the 90’s, Leon Sr. toured and/or recorded extensively with; Grover Washington
Jr., John Blake Jr., Phyllis Hyman, Benny Golson, Chaka Kahn, The Stylistics, Lou
Rawls, Monette Sudler, Joey DeFrancesco, George Benson, Roy Ayres and featured with the
Tokyo Symphony Orchestra just to name a few. Leon Sr. also appeared in ensemble and
orchestral performances for the touring companies of Ain’t Misbehavin, Five Guys Named Moe
and Purlie and served as a music contractor and performer for the Prince Theater.

Since 1994 Leon Jordan Sr. has performed teaching workshops and master classes for; The
School District of Philadelphia, Trenton Community Music School, Mt Airy Cultural Center,
Christina Cultural Arts Center, Graterford Prison, the Jazz Institute of New Jersey and several
local and out-of-state colleges. His ensemble conducts A Jazz Journey for Youth assembly
program, Fundamentals of Jazz residency, and jazz and percussion workshop sessions. Leon has
been a presenter with Musicopia’s roster since 2002, and currently leads several ensembles
including the bucket drumming ensemble which can include 50 or more students. His workshops
have developed pioneering teaching techniques for special needs students and brain injured
adults that have been recognized by the Pennsylvania Council of the Arts and duplicated
nationally.

Leon is currently the founder and leader of the Renaissance Orchestra, a 10pc special events
band based in Philadelphia…