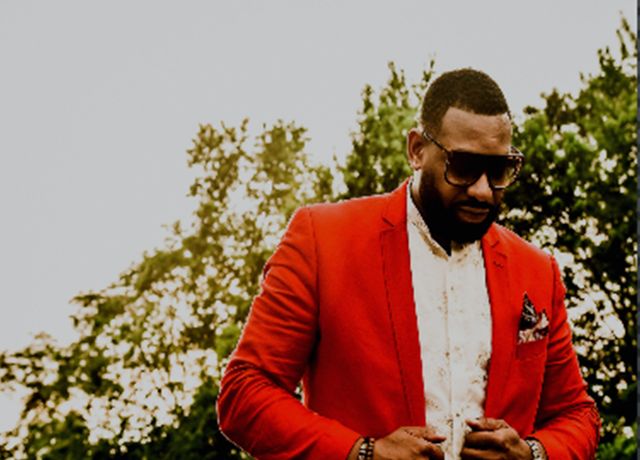 Fasten your seatbelts when Kelley Andre enters because the party is about to begin this multi talented entertainer has engulfed the entertainment world with his diverse memorable performances.

This dimensional entertainer is constantly creating new ways to exemplify the tenets of his show. Performance, professionalism, perfection and positive vibes is a must in this entertainers rule book.

Growing up in a house where Gospel and Jazz music were his tools of war, Kelley commenced his musical journey at the age of six, playing the piano. At the age of eight, this smooth crooner began singing at his home church in Brooklyn, NY. As an adolescent, Kelley was aware of his musical gifts, he knew that one day he would share his sound; share his voice with the world. As he grew into manhood, he remained committed to cultivating his talents through study and performing showcases through-out NYC and abroad.

Following his passion, doors began to open in the entertainment industry. In 2005, he was the understudy for the character Collins, in the hit Broadway play Rent. In 2016, Kelley played the character of Snipes, in the off-Broadway play, No Me Dan͂e La Raza (Don’t Mess Up Our Race). In 2019 Kelley Received the Nina Simone Artistic Excellence Award in R&B music entertainment with Citations & Accolades from Mayor Bill De’Blasio, Senator Kevin parker & Borough President Eric Adams Of NYC.

Kelley sang choral backgrounds for Don Henley, Mark Anthony and Mariah Carey. Additionally has graced the stage with the likes of R&B crooners Carl Thomas ,Christopher Williams, Calvin Richardson, he has premiered his Organic Soul band for Tony Bennet, Oprah Winfrey, Ashford & Simpson, Howard Hewett , Case, SWV, Melisa Morgan and many other events. Kelley has been a staple in captivating his audiences in NYC most prominent Live Music venues

June 2017, he completed his album “Love Lessons,” and released it at the historic BB King’s Blues Club in NYC. Most recently performing at the Annual Hub City Jazz Festival, he considers it an honor to have share the stage with such Grammy Award Winning artists as Brian Culbertson, Boney James, Pieces of a Dream , The JT Project, The Lao Tizer Band with Chieli Minucci & Karen Briggs, Jeff Bradshaw, Maysa Leak, Eric Darius, Eric Roberson Kelley is also 1/3 of the R&B Group The 3 Kings.

His adoration for Soul, R&B, Jazz and Funk music and the timeless sound of what he calls the True R&B is heavily influenced by the likes of Barry White, Marvin Gaye, Teddy Pendergrass, Jeffery Osborne, Will Downing, Donny Hathaway, Stevie Wonder, James Brown, Earth Wind and Fire and Prince.

Kelley Andre’s band, Organic Soul, is the pulse to his electrifying stage performances. Kelley is performing locally in the US & abroad in Europe sharing his Gift with the world . Kelley’s Current Single’s we gone make it & Man u Need & New Album Pain & Pleasure is available on all outlets