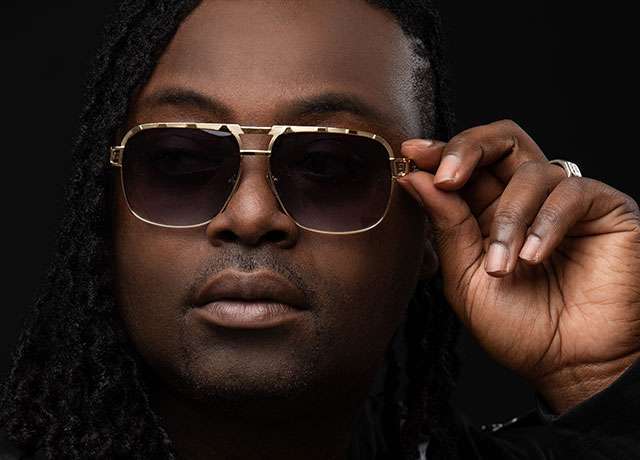 Ever since his debut in 2008 as a rising star in Neo Soul Inspirational music with his inspiration album “New Moments New Choice” Donnell Isaac (born Donnell Isaac Charlton), has been creating waves in the industry.

Music isn’t the only thing that Donnell is talented in, as he has made appearances in front of the camera on TV with “Law and Order” and in the movie “My Brother”.

The refreshing and soul touching music of Donnell Isaac was gathering momentum, and he soon caught the attention of record label Executive Bernie McLean. He signed him up to a distribution deal with Indie Charts/ Kingdom Records in 2010, which is the home of Shekinah Glory.

After that the career of Donnie C, now known as Donnell Isaac has grown by leaps and bounds. He had his first major hit with “Shelter from The Storm”, which dominated the radio BDS 100’s charts for more than 16 weeks.

His follow up single was a remake of ‘I Won’t Complain’ from the late Rev Paul Jones, which landed him his first win in the 2014 Chosen Voice Awards Tampa FL, as the ‘Best New Artist’. With such phenomenal success early on in his career, it is no wonder that the career of Donnell Isaac has come such a long way in such a short time period.

How it all began

He was first exposed to music when he was singing in the St. Paul Pentecostal Holiness Church Choir at the age of 9 in Portsmouth Virginia. His gift was nurtured in its infancy by his great aunt, Fairfield Jackson, who played a major role in developing his passion for music and singing. Donnell also sang in his family group, The Gospel Swannetts, in the early nineties, and performed numerous song with them, including, “Well Done”, and “Jesus, when Trouble Burdens Me Down”.

He was raised in a multi-talented family, which shaped his passion and inspired him to dream about having a real career in music and songwriting. The very first song he wrote was “Happiness Is Just a Step Away”, after which he came out with “Never Change Your Heart’s Desire” and “It’s My Season”. These songs are all about empowerment and dreaming towards getting a better life, and he performed them at numerous talent showcases, and charitable events, which includes performing at the YWCA of Newark NJ and Edison Job Corps of Edison NJ, and the Kessler Institute of West Orange NJ.

The music that is created by Donnell Isaac touches the soul and that is the reason why he is so beloved by everyone that is exposed to his talent. Donnell has been performed at numerous big events, which stretch from the south, and include the International Music Festival and Shakespeare Festival in Nashville TN. He is a resident of Greensboro NC, a native of Portsmouth, Virginia, and is a singer, a songwriter, and a self- taught keyboardist.

Donnell had a rough childhood, as he was raised in a town where poverty was rampant and drugs were prevalent. However, he credits growing up in that community with teaching him how to survive, and he didn’t let any of this bring him down and channeled all his energy into creativity. He has gone through numerous challenges, adversities, hurdles in life, which taught him how to survive in that environment and maintain his love for music.

Making Music for the Soul

In an uncertain world, the refreshing and soul touching music of Donnell Isaac, which is uniquely fused with Neo-soul and Gospel music genres, grows into a powerful genre of music filled with love and happiness. It is music for the soul, which is beloved by all, and that is why the career of Donnell Isaac continues to go grow in leaps and bounds.

When he performed ‘Shelter from the Storm’ at the St Louis Guild Convention on the Dr. Bobby Jones showcase, it immediately sparked interest and Dr Bobby Jones said to Donnie C, “That is A Hit”. Now Experience Angel Dove Recording Artist Donnell Isaac has gone on an entirely new level with his powerful new single “Favor”, which is getting rave reviews from everyone in the industry. Donnell Isaac brings a sound to music industry that is unique, sultry and melodic. He performs music that brings serenity to the soul and tranquility to the mind, and invites listeners to embark on a journey to an oasis for which the soul thirsts.